We have created a list of the Kratom Legality for 2019!

There is a continuous fight in the United States of America to keep Kratom legal. The more scientist study Kratom, the more people are learning about it. We have put together a list of where Kratom is legal and where Kratom is illegal in 2019. 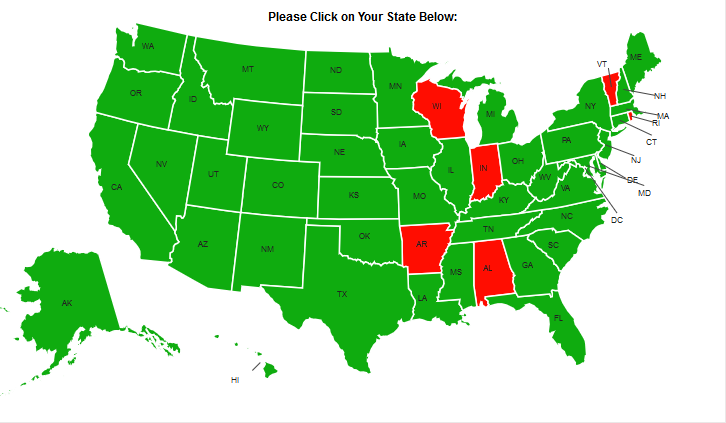 Currently Kratom is legal in all but six states in the US and a few cities and counties in some other states. The states where Kratom is completely ILLEGAL are as follow:

The counties and cities where kratom is illegal are as follows:

We here at BigKratom would like to recommend that everyone who is pro Kratom join the fight against the politicians who want to make it illegal. There are many ways to do this and one of the most important is getting involved and showing your support.

Follow the American Kratom Association and as many Kratom groups and forums as you can to stay up to speed with current events and what's going on.

A really great kratom forum and community is the "This Kratom" forum which you can find here: Kratom Forums Go there and join the community.

It's open to all kratom discussion and there aren't strict rules where you have to worry about getting banned or deleted like you would if you were in a Face Book Kratom group and many others that are over regulated.

In 2018 there where a lot of politicians trying very hard to get kratom banned! The FDA is a major factor and has been and will continue to make it so that no one can get Kratom.

The FDA has even started what most people are calling a "shadow ban" against Kratom. They have lost many battles so far while trying to ban Kratom so they have made it as hard as possible for vendors to get Kratom.

They have detained thousands of dollars worth of legit Kratom from shipments coming into the USA to try and put Kratom vendors out of business! They are creating a so called Kratom shipping ban.

What the FDA is doing is basically theft. They are stealing a legitimate and legal product from people so that it can't be sold. Even though Kratom remains legal throughout most of the United States, they are taking peoples shipments and destroying it.

The media has jumped on board and have been demonizing Kratom by comparing it to illegal drugs and making many false claims about overdoses and deaths from Kratom which is a complete lie.

There have even been news stories about people "shooting up" Kratom which is impossible to do since it's a ground up leaf from a tree! Read this article from the Huffington Post.

We will keep this page updated as changes happen throughout the year. We hope this has helped anyone who was wondering about the Kratom legality 2019.

Have a great day everyone and feel free to discuss